The Seventh-day Adventist Church has made remarkable strides since its humble beginnings, becoming the most ethnically diverse religion in the United States. Yet, the issue of gender equality remains a constant struggle, especially when it comes to women’s ordination.

According to SDA working policy, some church positions are restricted to individuals ordained to the gospel ministry. General Conference delegates have voted against ordaining women on three occasions -- most recently at the 2015 General Conference session in San Antonio, Texas.

Such actions might indicate a patriarchal posture among the denomination’s worldwide constituents. However, a study conducted by Ed Mcfield, associate professor at the School of Public Health at Loma Linda University, suggests attitudes regarding the subject are more nuanced than they may appear on the surface. The report is based on a comprehensive content analysis of written presentations by each division’s Biblical Research Committee (BRC) prior to the 2015 General Conference session. In his report, Mcfield states that out of 13 world divisions, seven indicated support of women’s ordination. Five divisions opposed it; but out of those five, four indicated they would accept women being ordained only if it was approved by the church. The East-Central Africa Division’s stance on the issue is unclear, according to Mcfield’s research.

Click one of the names below to read her story. 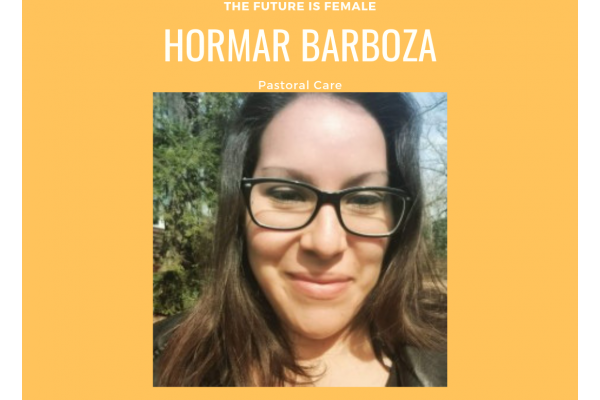 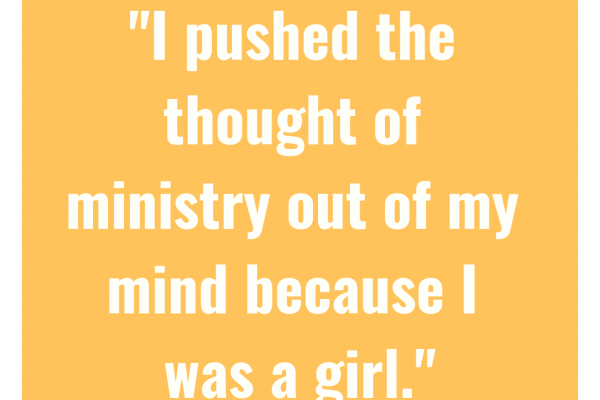 Hormar Barboza is currently a junior at Southern Adventist University. She is majoring in pastoral care.

It was a Sabbath evening when she felt the Lord calling her to ministry. Only 16 at the time, Hormar said, “As I was getting home I remember thinking it and feeling it.”

This moment occurred in 2005. At that time, she knew that women going into ministry was taboo. She clearly remembers thinking that if she were a guy, she would go into ministry.

“I pushed the thought of ministry out of my mind because I was a girl,” she said.

Barboza believes that, overall, the Seventh-day Adventist Church is supportive of women as pastors/religious leaders.

“Let’s not get stuck on the trivial stuff,”  she said.

Barboza feels the topic of women’s ordination is taking people’s attention away from the church’s goal and the Gospel. In the future, she sees herself working primarily as a chaplain, whether it be at a hospital or the military. With excitement, she shared that her ultimate career goal is to serve the Lord as the U.S. Senate Chaplain. When finishing up the interview with Hormar, I asked her what would she say to younger girls that are wanting to pursue ministry.

She quickly replied, “Go for it. Do not doubt God’s call.” 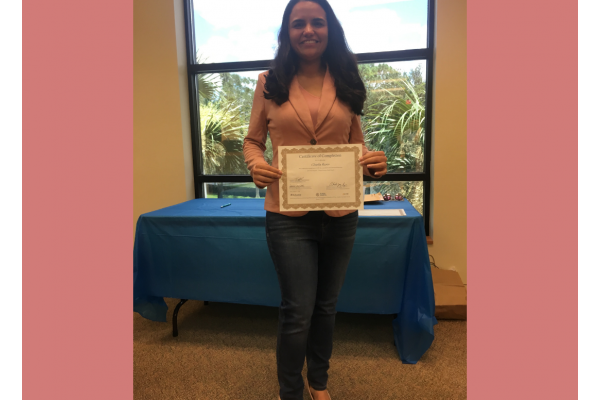 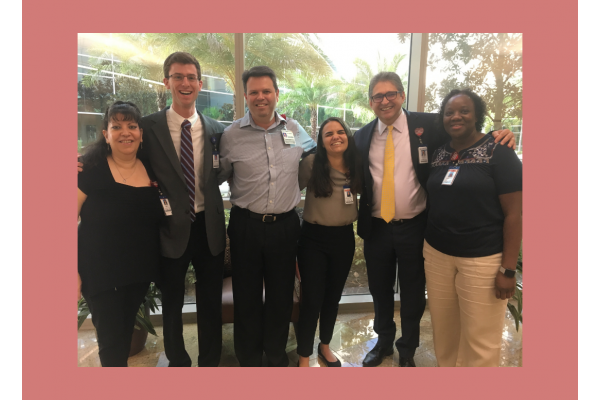 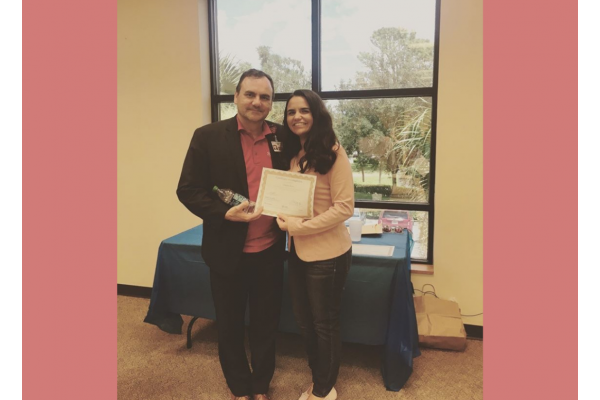 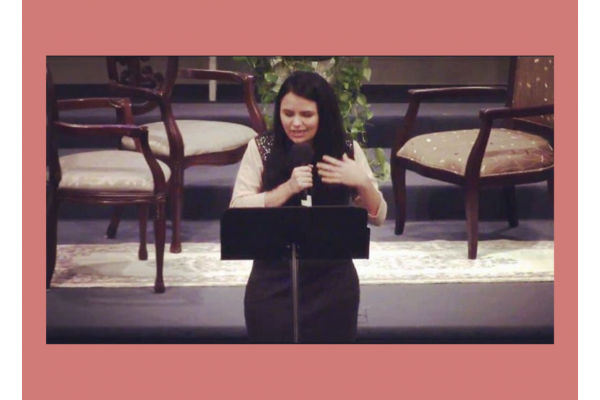 Claudia Reyes is finishing up her senior year at Southern Adventist University. While at SAU, she has been studying pastoral care. It all started while in high school. During that time, Claudia’s father began working as a chaplain at Florida Hospital (now AdventHealth) in Apopka, Florida.

Chaplain Reyes was a part of a hospital ministry that set out to sing and bring flowers to patients most Fridays. She recalls how shy she was the first time she went, but she quickly fell in love with it and never missed a Friday.

Because of her experience with this ministry, Claudia felt impressed by the Holy Spirit to go into ministry. This was not something she ever saw herself studying, but the conviction was strong and it led her to Southern. Something that has made the process of studying ministry easier has been the support that she’s received from her professors.

“I’ve noticed in Hispanic churches it isn’t as accepted [compared to American/Caucasian churches],” she said. ” I want them to be more accepting.”

Claudia’s career plans are clearly defined. She wishes to work in a hospital and is setting her sights on AdventHealth in Central Florida. Starting off as a chaplain, and eventually, when she’s had more experience, being able to transition into a supervisor position.

Reyes wants young girls that are thinking about ministry to not be discouraged. People will give their opinions but she recommends not letting it distract them.

“God will bless you for following and listening to him,” she said. “Stick to what God has called you to do.” 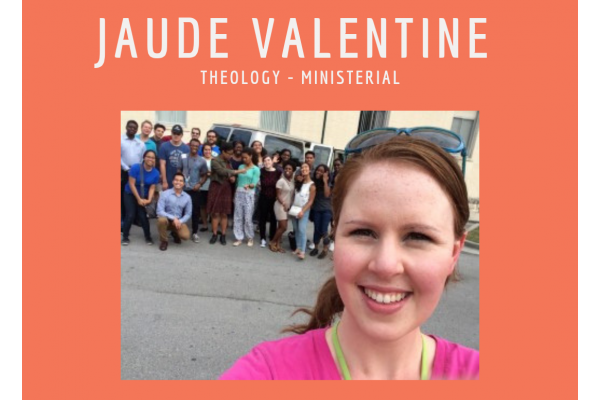 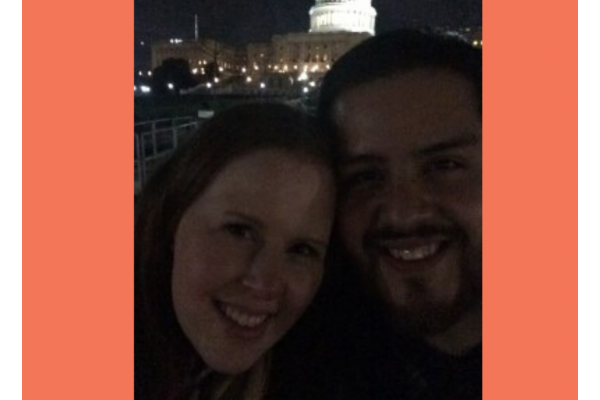 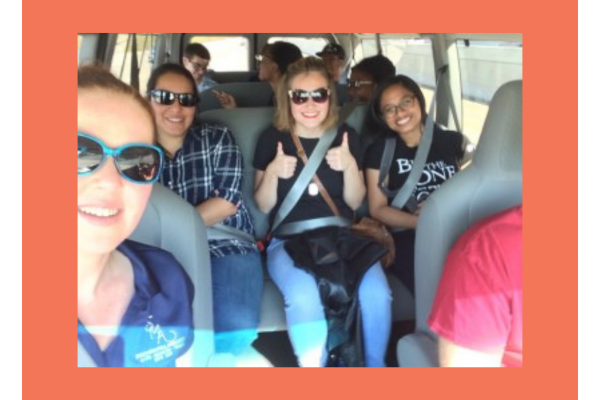 Jaude Valentine is also a senior at Southern Adventist University and is majoring in ministerial theology.

From the moment of her conversion, Jaude knew that she wanted to share the good news with others, though initially thinking she’d do so through Bible- teaching or nursing. God had other plans —  calling her to ministry.

At first, Jaude felt “it was a crazy idea and that it required a very special girl to want to go into pastoral ministry.” Such feelings of denial followed her to Southern but eventually wore off.

Although she’d like to see the support of women in ministry, Jaude feels the debate has led to the church neglecting the ministry that God called it to do. Shifting the focus to reach those who have never heard the name of Jesus is a change she feels is necessary.

“I would like to see our church take on a culture of evangelism, specifically friendship evangelism,” she said.

When asked what she would say to younger girls wanting to pursue ministry, Valentine said she would encourage them to read more of Ellen White’s writings for encouragement.

Also, she would tell them to “rely upon God for their strength, which comes from spending time with Him in prayer and meditating upon His love; reading His word, and developing a deeply intimate relationship.”

Interestingly, there was only one division — the Southern Africa and Indian Ocean Division — that was “adamantly opposed to Women’s Ordination and even proposed to rescind women’s ordination for elders,” according to the study. That division is the largest division within the denomination, with 3.9 million members representing 19 percent of the church. The East Central Africa Division -- whose stance remains unclear, according to McField -- has the second largest membership, with 3.8 million members, accounting for another 19 percent. Therefore, the church’s official position against the ordination of women appears to be as much a clash of cultures as it is an issue of gender equality.

Source: “Women’s Ordination: The truth about the Real Position of the 13 Divisions in the Seventh-day Adventist Church” by Ed Mcfield

The Women’s Ordination debate continues despite the significant roles women have played in the denomination since its inception. Ellen G. White, the church’s beloved prophetess, remains the denomination’s most influential figure - even in death.

During her ministry, White received ministerial credentials but was never ordained. Yet, she served as a critical leader, along with other female church pioneers. In addition to White, there were about 30 other Adventist women licensed to preach between 1878 to 1915, according to Alberto R. Timm, of the Ellen G. White Estate.

“In 1884, when the first SDA Yearbook was published, (Ellen G. White’s) name was listed among the “Ministers”, and the same continued to be the case in the following Yearbooks and GC Bulletins,” Timm wrote in a Theology of Ordination Study Committee report published in 2014. “But, according to the White Estate staff, ‘She was never ordained by human hands, nor did she ever perform a wedding, organize a church, or conduct a baptism.’”

In North America, where a strong contingent in favor of women’s ordination exists, the church remains polarized, with passionate feelings on both sides of the debate. In 2020, the denomination will hold its next General Conference Session in Indianapolis, Indiana. Not surprisingly, many members are anxious to see what will happen next.

Alexander Bryant is the executive secretary of the North American Division and associate executive secretary for the world church. He said cultural differences played a significant role in the church’s 2015 vote against women’s ordination in San Antonio, Texas, and many church members are hoping there will be another vote on the issue.

“... The decision was made based on what you felt, what you thought, which comes out of your culture,” he said. “And that is probably one of the greatest challenges we have in the church -- how to stay a global church and a global community with diverse cultures that feel very strongly about certain things that are not biblical.”