The Seventh-day Adventist church began 156 years ago in the northeastern United States with a small band of believers still reeling from the “Great Disappointment,” which ensued when Christ did not return.  At the time, no one could have predicted the current global reach of the denomination, now considered one of the most diverse religions in the world.

In fact, for a short period, some Adventist founders considered evangelism antithetical to their belief in the Lord’s soon coming. Instead, they embraced a “Shut Door Theory,” convinced that each person’s fate was already fixed due to the imminent return of Christ. That perspective changed with the progression of time.

“... In this country and in foreign countries the cause of present truth is to make more rapid advancement than it has yet made." (Ellen G. White, Evangelism).

Today, the church exists in 235 countries. It boasts 13 world divisions, with Africa now home to the largest percentage of Adventists worldwide (41 percent). The continent is followed by Latin American and Caribbean countries (30 percent) and Asian countries (18 percent). Believers in North America, the birthplace of the denomination and location of its world headquarters, now comprise only six percent of the worldwide membership. Those in European countries, its first foreign mission field, make up only four percent.

Known for its health message, the SDA church also owns and operates 198 hospitals and sanitariums around the world, serving a diverse population.

Over the course of the semester, we have talked about the Seventh-Day Adventist Church in the states as well as globally. This map highlights the population of Church members in all the world divisions. The points on the map tell you the number of registered members in each of the divisions. Though the map is a bit outdated, we can assume it still gives a fairly accurate representation of the current status of these numbers.

In their book, “Light Bearers: A History of the Seventh-day Adventist Church,” authors Richard W. Schwarz and Floyd Greenleaf, described the rapid early expansion of the church in the United States and across the globe. Among those targeted by early Seventh-day Adventist believers -- predominantly white Protestants from the New England area -- were Scandinavian and German immigrants in Iowa, Minnesota and the Great Plains states.

“… For the first quarter of a century following the Great Disappointment, Seventh-day Adventists had only a limited concept of proclaiming their message to the entire world,” the authors wrote. “It was such a huge task. Time was so short. The missionary endeavors of much larger and better-financed churches had proven woefully disappointing.”

“And so they rationalized that their distinctive truths need be presented to all the world only through token contact with all the races and languages of mankind. Could not this be done right in America, where God in His providence had collected persons of all religions and nationalities?”

Fueled by such sentiments, church leaders frantically published tracts in French, German and Dutch, as well as monthly Danish and Swedish journals. They also began proselytizing to Native Americans, former African slaves and some Hindu and Chinese immigrants.

However, it was through the prophetic ministry of Ellen G. White, the church’s most prominent co-founder, that the denomination began to see the potential for global ministry. In 1848, White had a vision in which she was shown that her husband, James White, should publish a “little paper.” After regaining consciousness, White said she had been shown that it would start out small, eventually becoming as “streams of light” around the world.

Beginning in the 19th century, Adventist missionaries began to fan out across the globe, starting in Europe with the ministry of M.B. Czechowski, a former Roman Catholic priest native to Poland. In 1885, SDA missionaries left the U.S. for Australia, where they began the continent’s first Adventist evangelical meetings.  During the 1890s, the denomination reached South America.

In 1893, the church established its first mission in Africa through the efforts of Elder A. T. Robinson, who acting under instructions from the General Conference, met with the premier of South Africa to request land for a mission station. 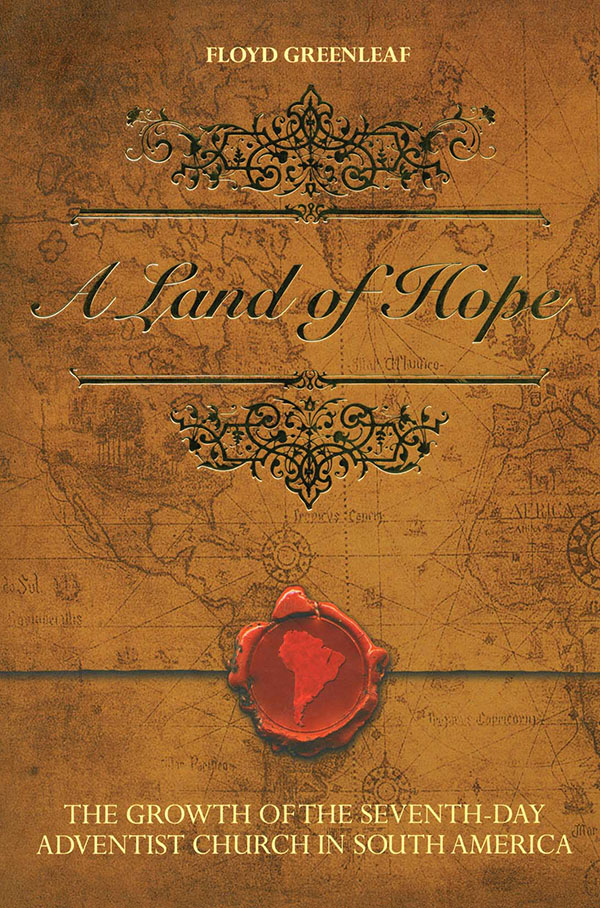 “Towards the end of the 1890s, Seventh-day Adventists had already established a diversified program of schools, health-care institutions, publishing establishments, and other enterprises that spread to lands across both the Atlantic and Pacific oceans,” wrote Greenleaf in a book titled, “A Land of Hope,” about the work in South America. “Adventist clergymen were not apprentices at institutionalizing various phases of their work, but after entering South America, they centered their attention on following up literature sales with direct evangelism following hard-hitting doctrinal lectures lasting from days to even weeks.”

Phillip Jenkins is a professor of history at Baylor University and co-director of the Historical Studies of Religion in the Institute for Studies of Religion. In 2015, he wrote an article about the SDA denomination’s worldwide in The Christian Century, a magazine considered the flagship for Christian protestants.

“A church that was once regarded as a purely U.S. phenomenon has become one of the world’s fastest growing and most diverse denominations,” wrote Jenkins, a scholar of contemporary religions. “By the late 1950s, the SDA church celebrated the fact that it had surpassed the milestone of a million members (the majority of whom were in the United States). Sixty years later, the Adventists constitute a global church that plausibly claims 18 million members of which only 7 percent of whom live in the United States.”

They must go as far and as fast as possible, with a determination to do the very things that the Lord has said should be done. They must have push and earnest, unwavering faith... The world must hear the warning message (Ellen G. White, Evangelism).