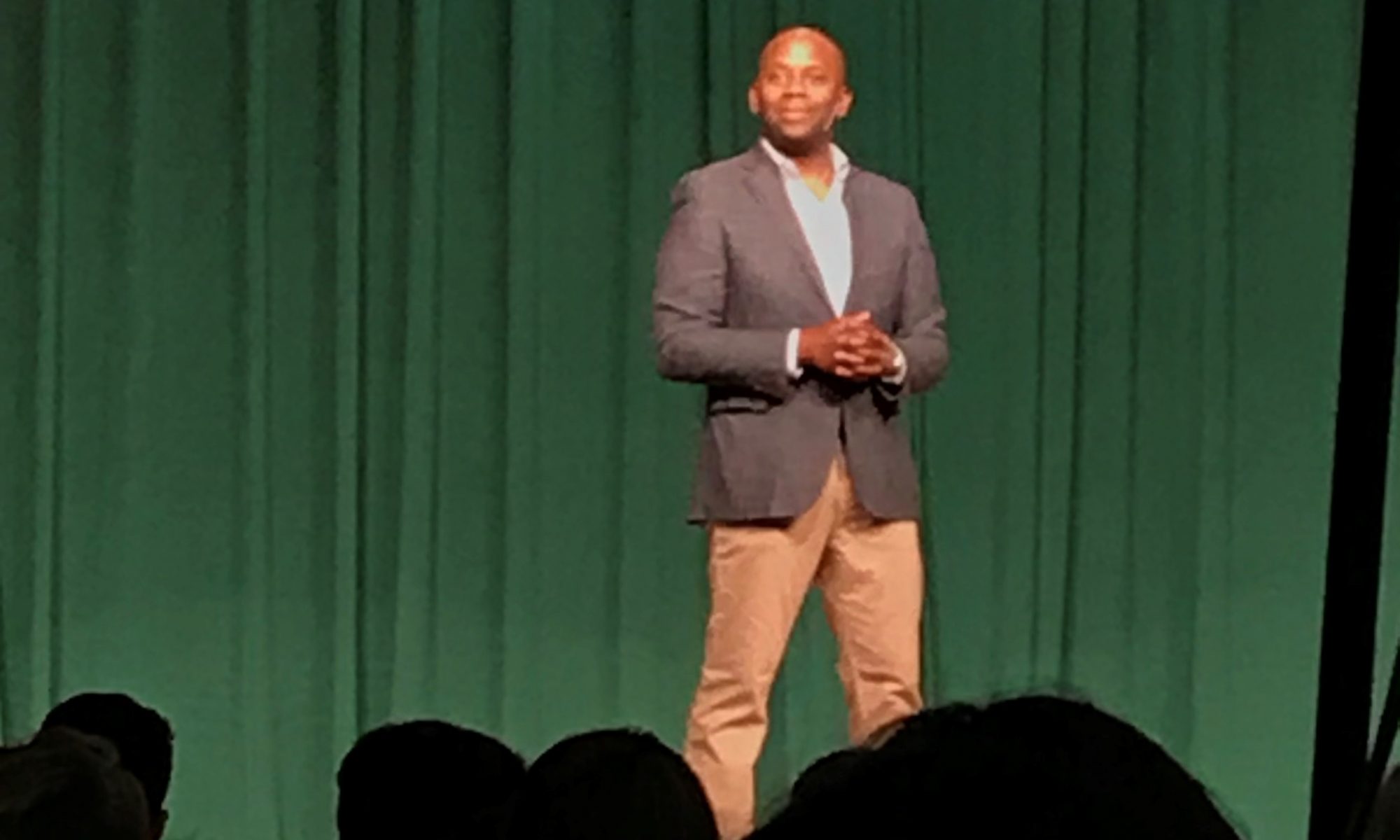 This was the opening statement of Dr. Brian H. Williams, the speaker for last  week’s convocation at Southern Adventist University.

On July 7th, 2016 in Downtown Dallas, a black U.S. Army veteran attacked white police officers who were  providing security during a peaceful rally that was taking place.  Williams shared his experience and explained that he was one of the surgeons on call by coincidence that day in the hospital. He told of the unforgettable memory and explained how he felt at that moment. Being the only black surgeon on call  that night, he felt the pressure and all the eyes of the media on him, especially because the patients were white police officers.

In his talk, Williams touched on the issues regarding racial prejudice in the lives of minority. He is a trauma surgeon at Parkland Memorial Hospital , a speaker and an activist that talks about topics that aren’t comfortable to all audiences. On his official website, he is described as a speaker who tackles the tough topics head-on, “aiming to inspire empathy and action in his audiences…Dr. Williams shares insights on resilience and racial justice.”

Williams continued the thought by sayings that in that moment, he felt like it didn’t matter what the color of his skin was nor what the color of the injured people were. He was there for one purpose, to save their lives. Williams acknowledged that back in 2016, after the shootings, many people began to form Black lives matter movements, along with White lives matter and All lives matter. Williams shared his thoughts on the movements stating, “Do all lives matter? Of course they do, however, we have to recognize that some lives are given more importance than others.”

He talked about other things he experienced in the field such as racial prejudice and being left out of class and work activities because of his skin color.  One of the memories he talked about had a happy ending. He spoke of his days in college when he was in med school. He had continuously felt left out of the scene and never felt welcome, until one white woman stood up for him by telling the others in the group that Williams was also part of the group. After that day, he was more engaged and felt part of the group because one person had stepped up and made a difference in his life.